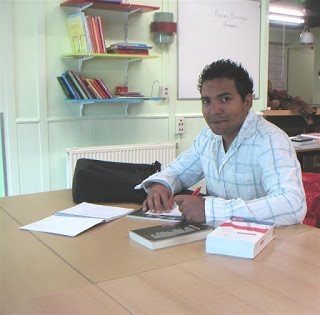 
- The Ups And Downs Of Dual Citizenship ? The Cjeu On Dual Turkish/eu Citizens And Social Rights
Professors: Elspeth Guild, Queen Mary University of London; Kees Groenendijk, Radboud University; and Steve Peers, University of Essex In recent years, an increasing number of Turkish citizens residing in the EU have become dual citizens of Turkey...

- The Cjeu Transforms Family Reunion For Turkish Citizens
Steve Peers In this week?s judgment in Dogan, the Court of Justice in effect established a new set of rules for family reunion for most Turkish citizens living in the EU ? although those rules will still differ in each Member State. The case concerned...

- Interpreting The Conditions For Family Reunion
Georgios Milios PhD candidate on immigration law at the Faculty of Law, University of Barcelona On 30 April 2014, Advocate General Paolo Mengozzi delivered an opinion on cases Dogan and Noorzia regarding the interpretation of two different provisions...

- Family Reunion For Third-country Nationals: Comments On The Commission?s New Guidance
Steve Peers Family life is a key part of the day-to-day lives of all residents of the EU (whether they are EU citizens or not). For non-EU citizens (third-country nationals), the issue is regulated by the EU Directive on family reunion for third-country...