Prosecutions - just when are they in the Public Interest 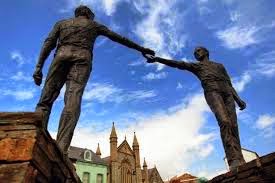 In reaching a decision to prosecute, the Crown Prosecution Service (CPS) has a Full Code Test  involving an evidential stage and a public interest stage.  The evidential stage requires that there be sufficient evidence to provide a realistic prospect of conviction against each suspect on each charge.  In every case where there is sufficient evidence to justify a prosecution, prosecutors must go on to consider whether a prosecution is required in the public interest.

The evidential stage is clearly one which an experienced criminal lawyer should be well able to assess since it turns on factors such as the admissibility of evidence and the overall strength of the admissible evidence.  The public interest stage involves consideration of a range of matters some of which may well not be entirely legal questions.  This post looks at the public interest test with a view to considering what may be taken into account.  A short digression is useful to look at the recent arrest, in Northern Ireland, of Mr Gerry Adams.

An article by Joshua Rozenberg
appeared in The Guardian 6th May 2014 - Prosecutors in Gerry Adams case may have to consider public interest.  Rozenberg explains how a prosecutorial decision relating to Adams would have to be approached in Northern Ireland.  Broadly-speaking, the process in Northern Ireland mirrors that in England and Wales though there are some differences as highlighted in Rozenberg's article. A key difference is that any decision to prosecute in Northern Ireland would be taken by the Public Prosecution Service for Northern Ireland (PPSNI) and the service applies its own Code for Prosecutors.  The Crown Prosecution Service operates within England and Wales and applies its own Code.  Scotland has yet another system.

Gerry Adams has denied membership of the Irish Republican Army (IRA) and he also strongly denies any involvement in the killing in 1972 of Jean McConville.  An article to this effect by Adams appeared in The Guardian 7th May 2014 - The Jean McConville killing: I'm completely innocent. But what were my accusers' motives?   In his article, Adams claims that there was not a scrap of evidence and that his interviews with the Police were 'an assault by sinister forces on the peace process itself.'  However that may be, if the prosecutor did consider that there was sufficient evidence to bring charges against Adams then, as Rozenberg argues, it would be 'entirely proper for [the prosecutor] to take account of the public interest in maintaining the peace process and the effect that charging the Sinn Féin president would have on the future of power-sharing in Northern Ireland.'


The CPS Full Code Test sets out 7 headings  but it is not an exhaustive list of factors: (a) How serious is the offence; (b) What is the level of culpability of the suspect; (c) What are the circumstances of the harm caused to the victim; (d) Was the suspect under 18 at the time of the offence; (e) What is the impact on the community; (f) Is prosecution a proportionate response; (g) Do sources of information require protection.

Impact on the community is amplified by the Code stating - 'The greater the impact of the offending on the community, the more likely it is that a prosecution is required. In considering this question, prosecutors should have regard to how community is an inclusive term and is not restricted to communities defined by location.'

The tests are set out differently in that the Northern Ireland Public Interest test sets out a non-exhaustive list of 17 points favouring prosecution and 10 points against prosecution.  Interestingly, the lists do not contain "impact on the community" but, as already stated, the lists are non-exhaustive.

In the CPS Code, it seems that the phrase impact on the community is directed to the impact on the community of the offence in question as opposed to possible ramifications arising from a decision to prosecute.  However, as Rozenberg has argued, I see no legal reason why such matters could not be considered.  The problem would be how would the prosecutor know what the ramifications of a court case might be.  In cases involving certain high profile individuals, it is natural that their supporters may be upset by a decision to prosecute and it is entirely conceivable that, in some situations, they may resort to violence.  Whether such events are likely to occur is certainly not a legal question.  It is more akin to a political assessment and, as such, seems to me to be potentially beyond the remit of a lawyer prosecutor.

Attorneys General undoubtedly straddle the border between law and politics.  Law and procedure contains certain requirements enabling the Attorney-General to exercise a form of control over certain prosecutions.  The Attorney-General is answerable to Parliament for the way in which these powers are exercised.  A detailed look at the role of the Attorney-General, as it stood in 2007, may be seen at the Governance of Britain Consultation.

Before a prosecution for some offences may be brought, the Attorney General must consent.  One example is that most prosecutions for offences within the Official Secrets Act 1989 require the consent of the AG - see OSA 1989 s.9.   A fuller list of offences requiring consent is at CPS Consents to Prosecute

Consent cases are statutorily created, with the requirement for consent being imposed in order to prevent certain offences being prosecuted in inappropriate circumstances. In a memorandum to the 1972 Franks Committee, the Home Office set out five overlapping reasons why certain offences require consent:

The Law Commission looked at the question of consents to prosecute and reported in 1998 - Law Commission 255 - Consents to Prosecution   The Commission concluded that in certain circumstances consent provisions are justifiable to prevent harm that may be caused by the institution of inappropriate proceedings even though they may be terminated and recommended that consents be required in only three categories of case:

i)  where it is very likely that a defendant will reasonably contend that prosecution for a particular offence would violate his or her Convention rights;

ii) those which involve the national security or have some international element.

Offences would be regarded as involving some ?international element? if they

iii) offences which create a high risk that the right of private prosecution will be abused and the institution of proceedings will cause the defendant irreparable harm.

The report appears not to have been implemented and legislation continues to be enacted requiring consents to be obtained.  The Law Officers are answerable to Parliament for the way in which they exercise any consent requirements.

There are various ways in which criminal proceedings may be discontinued - CPS Discontinuance.  One method - rarely used - is for the Attorney General to enter a nolle prosequi.

At any stage after the indictment has been signed and before a Crown Court judgment, the Attorney General can enter a Nolle Prosequi. It is most often used in cases where the defendant is physically or mentally unfit to be produced at court and the defendant's incapacity is likely to be permanent.

A Nolle Prosequi stops the case and is an indefinite adjournment not an acquittal. This terminates the proceedings, but it does not operate as a bar or discharge or an acquittal on the merits (so the defendant can be indicted again).

The power is not subject to any control by the courts. The Attorney General is answerable to Parliament for the exercise of the power but takes the decision independently of Government as a guardian of the public interest.

In practice the power is used sparingly, usually to prevent oppression (for example because the defendant is seriously ill). Traditionally it has also been used to protect a person to whom an undertaking or immunity has been given. It therefore mirrors the Attorney's power to grant immunity.

A Nolle Prosequi is most likely to be requested by the defence but there are situations in which it is perfectly proper for an application to be made by the prosecution rather than use one of the other methods of termination.

Having looked at the various Public Interest tests in the Codes for Prosecutors, let us return to Mr Adams and for a view that peace should take precedence over criminal prosecution - Jonathan Freedland - The Guardian 2nd May 2014.  Here is a thoughtful article which faces up squarely to the fact that it may not be possible to always achieve both justice (in the sense of punishing those who are found guilty) and peace.  Freedland wrote:

'It's telling that South Africa's solution was a Truth and Reconciliation Commission ? with no mention of justice, a tacit admission that truth might be the most the victims could hope for and, through the truth, eventual reconciliation.

It's time for Northern Ireland to make a similar move, to agree a process that is underpinned by law, that allows for a reckoning with the past, that exhumes the long-repressed truth but which accepts that those who committed even the most dreadful crimes might never face just punishment. Nothing is more painful ? nothing, that is, except a return to war.'


- Riding To Hounds ~ The Hunting Act 2004
The various Hunts came out on Boxing Day - BBC 26th December.  Twitter came alive with comments that, if they have a majority after the 2015 general election, the Conservative Party would, at some stage, allow a free vote on whether the Hunting Act...

- The "on The Run" Administrative Scheme ~ Statement In Parliament
Update 27th February:   The Guardian - Cameron orders judicial review into IRA immunity letters and see 10 Donwing Street announcement In the Parliamentary session of 2005-6, a Northern Ireland (Offences) Bill was introduced into Parliament....

- 1982 Hyde Park Bomb ~ Abuse Of Process ~ Indictment Against John Downey Stayed
The Crown Prosecution Service website has a clear explanation of the basic principles of "abuse of process" - a principle by which a trial court exercises its overriding duty to promote justice and prevent injustice.  The court has an inherent power...

- Charge On The Basis Of "reasonable Suspicion"
20th September 2011: "Stepping Hill nurse criticises media over arrest charge" - The Guardian.  Miss Leighton says that, at first, she did not opt for legal advice but points out that she was advised to do so by the Police.   Legal advice...

- New Code For Crown Prosecutors
A new Code for Crown Prosecutors came into force 22nd February 2010.  The Code is made by virtue of the Prosecution of Offenders Act 1985 s.10.  On this occasion it has been issued in 12 languages. The two-stage test has been retained: 1] Is...