﻿ The difference between torture and other ill-treatment: Cestaro v. Italy and the ?prohibited purpose? requirement
Law and Rights

The difference between torture and other ill-treatment: Cestaro v. Italy and the ?prohibited purpose? requirement 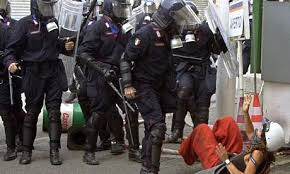 
- Abu Qatada May Leave Uk Voluntarily If .....
The long running Abu Qatada deportation issue may be drawing to an end.  Over around 8 years, the government has spent enormous amounts of public money on the various legal challenges to his deportation to Jordan.  (See Jack of Kent Resource...

- Lord Neuberger's Timely Comment ...
In a speech prepared before the recent comments made by Ministers about pulling out of the European Court of Human Rights, the President of the Supreme Court (Lord Neuberger) issued a timely reminder that the United Kingdom is bound by other internationally...

- "let Them Hate As Long As They Fear"
Garrow's Law (Sunday 27th November) depicted the (first) trial of  Thomas Picton - "Love or honour? It cannot be both".  Picton was born in Pembrokeshire in 1758, became a soldier and fought with distinction under the command of  Arthur...

- Has The Uk Been Complicit In Either The Torture Or Mistreatment Of Prisoners?
The media has been replete with articles about the Court of Appeal's judgment in R (Mohamed) v Secretary of State for Foreign and Commonwealth Affairs [2010] EWCA Civ 65.  We have also heard how efforts were made to persuade Lord Neuberger MR...