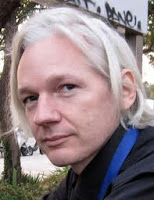 This morning the Supreme Court ruled that the request by the Swedish prosecutor for the extradition of Mr Julian Assange was lawfully made - see Judgment and Press release.  For the purposes of the European Framework Decision creating the European Arrest Warrant system and for the purposes of the Extradition Act 2003, the term "judicial authority" included a public prosecutor.  The decision was 5 to 2 with Lady Hale and Lord Mance dissenting.  Lord Phillips only read out a short statement of the court's decision in which it was stated that there was a need for the term judicial authority to have a uniform meaning throughout the European Union.

However, an interesting twist to the case came when, after Lord Phillips announced the court's decision, Dinah Rose QC (counsel for Assange) argued that the majority appeared to have based their decision on the Vienna Convention on the Law of Treaties and that this had not been argued in the appeal.  Rose therefore requested that she be given time to consider the detailed judgments and to consult her client and then to possibly apply for the appeal to be re-opened.  A period of 14 days was allowed.

Addendum 31st May:  The Head of Legal blog has been looking at how this case might develop given the "Vienna Convention" point raised by Dinah Rose QC.  See Carl Gardner's posts of 30th May - "Supreme Court judgment: Assange v Swedish Judicial Authority" and "Could Assange apply to set aside the Supreme Court judgment."   There is also further discussion by Joshua Rozenberg at The Guardian 30th May - "Julian Assange's extradition stayed thanks to quick legal footwork."


- Julian Assange ~ Quo Vadis?
Update 1 : A statement has been issued by the Foreign Secretary - here.   "The UK does not accept the principle of diplomatic asylum.  It is far from a universally accepted concept:  the United Kingdom is not a party to any legal instruments...

- Assange - Supreme Court Rejects Application To Re-open
By way of a short statement, the Supreme Court has dismissed the application made by Julian Assange that his case be re-opened on the basis that a majority of their Lordships had decided the case on a basis which had not been argued before the court....

- How The Eu Continues To Expand Its Influence Over Criminal Matters
Mr Assange (founder of Wikileaks) has been arrested under a European Arrest Warrant (EAW) issued by Sweden - see BBC 8th December 2010.  The EAW refers to sexual offences alleged to have been committed in Sweden.  Mr Assange was refused bail...