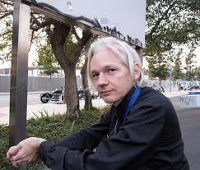 Julian Assange has lost his extradition hearing at Belmarsh Magistrates' Court.  An appeal is almost certain.  The Guardian 24th February 2011.   Previous posts looking at aspects of this case are: "How the EU continues to expand its influence over criminal matters" (8/12/10); "Julian Assange and bail" (15/12/10) and "Miscellany of News" (12/1/11).  There is no bail system in Sweden.  It is interesting how, for a Member State of the Council of Europe, such a position appears to have escaped a human rights challenge.

"Legal aid cuts will cost more in long run, say Judges" - Afua Hirsch in The Guardian 24th February.  This perhaps states the fairly obvious point that the government is in danger of being "penny-wise: pound foolish."  Furthermore, relatively cheap but timely advice can often save much more expensive litigation.  Against this background of planned cuts to legal aid the Law Society Gazette notes that Conservative MP Kris Hopkins asked Justice Minister Jonathan Djanogly M.P. about progress in recouping outstanding financial penalties which remain uncollected by Her Majesty's Court Service.  No satisfactory answer was received.  The amount is a huge £1.3 billion.

Read about The Law Society's Campaign - "Sound off for Justice - Don't be silenced in court."

Jailed former M.P. to seek leave to appeal his sentence:
The former MP Mr David Chaytor is to seek leave to appeal against his sentence - BBC 24th February.  In January, Mr Chaytor was sentenced by Saunders J to 18 months imprisonment on 3 counts of False Accounting - see "18 months imprisonment for former M.P. David Chaytor" (7/1/11).  However, the application will not be heard until 22nd March.  Mr. Chaytor
pleaded guilty prior to trial having lost in the Supreme Court where it was argued that only Parliament had jurisdiction in these matters.  He is now serving his time in an "open prison" and he may become eligible for Home Detention and Curfew.  [The Daily Telegraph reported that the Police investigation into abuses of parliamentary expenses cost £840,000].

Addendum:  The Guardian 24th February - "Julian assange attacks "rubber-stamp" warrant as he loses extradition battle."   Head of Legal offers his analysis of the judgment at Belmarsh Magistrates' Court.  Assange's solicitor described the European Arrest Warrant as "tick box justice."  Whatever one thinks of either Mr Assange or his case, there are serious concerns about this system of extradition.  In September 2010 the Home Office announced a review of extradition.  The review team is being led by Sir Scott Baker who is assisted by David Perry QC and solicitor Anand Doobay.  A report is not expected until the late summer 2011.


- Assange: Supreme Court Decision
This morning the Supreme Court ruled that the request by the Swedish prosecutor for the extradition of Mr Julian Assange was lawfully made - see Judgment and Press release.  For the purposes of the European Framework Decision creating the European...

- Miscellany Of News
The sentencing of  Abid Saffique and Mohammed Liaqat was looked at in the post Despicable Crimes.  A former senior police officers has said that his force was afraid to talk in public about this offending because of the fear of being branded...

- Julian Assange And Bail
As of this morning, Mr Julian Assange remains detained in prison - The Guardian 15th December.  He was granted conditional bail on Tuesday 14th December but there is to be an appeal against that decision to the High Court.  It always seemed...